A vineyard is important to the winery due to its grapes and to the wine produced. it is also important to us, as people, who live in close contact with nature and want to preserve it. 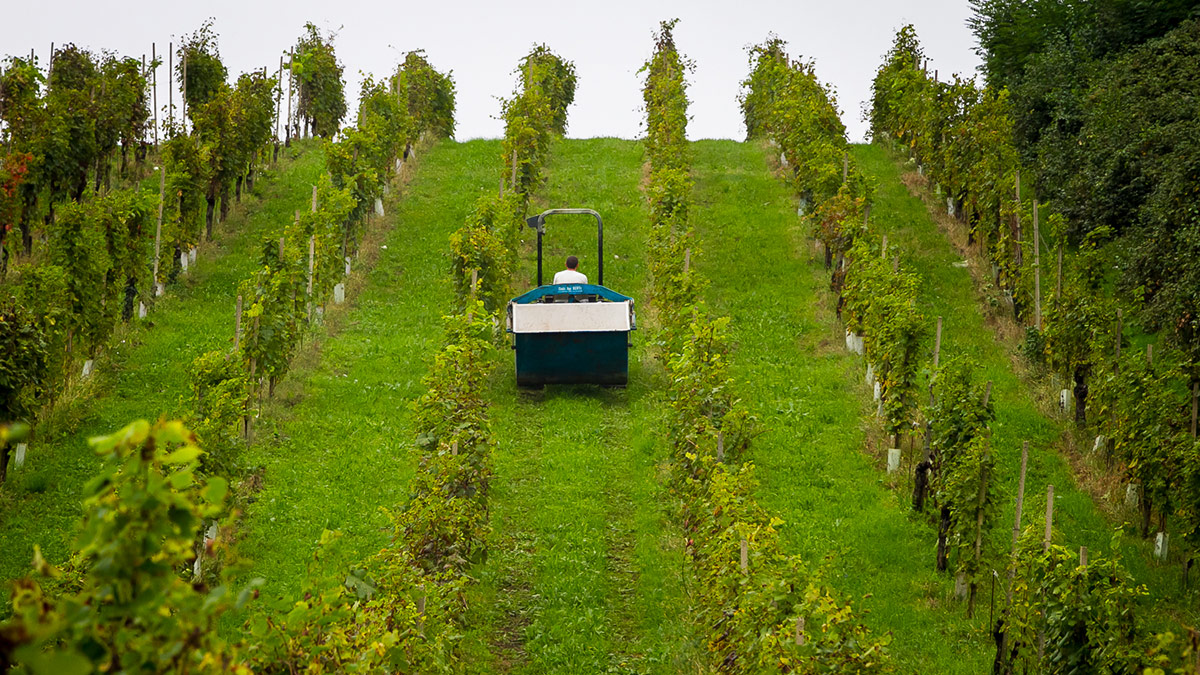 In the municipality of Ghemme, the main part of Azienda Agricola Platinetti Guido (Guido Platinetti farm) extends for 5 hectares with an additional hectare traditionally cultivated with majorina in the Vigna del Guido (Vineyard of Guido) plus 2 hectares recently acquired and planted with Nebbiolo.

Almost like secret gardens, vigne di Platinetti (Platinetti's vineyards) enchant you with their luxuriant health and for the many forms of life that live there in harmonious symbiosis with plants. The conservation of natural biodiversity in these areas is an unwritten rule, but has always been practiced with profound respect. Vineyards are taken care of by hand throughout the year in Azienda Agricola Platinetti Guido, with the same care you would tidy up your own home, because that is precisely what they are: the productive core of healthy grapes and great quality wines, but also a place, a land in close contact with the winemaker and his family.

Of the 5 total hectares, 3 and a half hectares are located on the Ronco Maso where there are two vineyards, one further south with vines of an average age of over 40 years and the other to the north with 30-year-old vines. Formed by the slow flow of the Monte Rosa glacier initially and by the River Sesia that flows below this land, Ronco Maso is today a pebbly terrace rich in iron, making it the true heart of the company.

Thanks to the high concentration of minerals and the small presence of organic substances on the surface, the soil of Ronco Maso has naturally induced the vine plants to develop their roots ever more deeply in search of nutrients and bringing in this complexity, minerality and uniqueness specific to the wines born from this combination. Furthermore, by facing south-west, the plants to receive sunlight for the entire day and the rows' direction means that grape burns during the hottest hours are contained. The adopted agricultural system is that of Guyot and grassing, always kept spontaneous, enriching the vineyard with life forms and naturally preventing the leaching of soil.

To the south-east of the town of Ghemme, the Barragiola locality defines the plateau that emerged as a natural consequence of the thrust propelled by the Monte Rosa glacier during the formation of Ronco Maso. Here, on a total area of one and a half hectares the Azienda Agricola Platinetti Guido has 4 distinct vineyards including the Barbera vineyard planted in April 1999 and named Pieleo after the sons of Andrea and Stefano, Pietro and Leonardo, born in the same year.

Despite the fact that the same glacial fluvial origin characterises the formation of this place as that of the Ronco, here in Barragiola the soils has pebbles only in its deeper layers and a greater richness of organic substance and clay in the superficial ones. Optimal conditions to give life here to wines with a more earthy imprint and with a greater extracted potency.

Also in Barragiola, in keeping with the philosophy of the company, spontaneous grassing is practiced, while unlike Ronco, where plants push their roots into deep layers by necessity, a mechanical digging of the soil is performed here every 2 years with the aim of inducing the same development of the vineyard in the subsoil and thus enrich the wines with mineral and complex nuances.


Still in the Ronco Maso region, at an altitude between 250 and 300 metres, there is what could be called the secret garden where the Azienda Agricola Platinetti (Platinetti farm) carries out part of its productive activity. 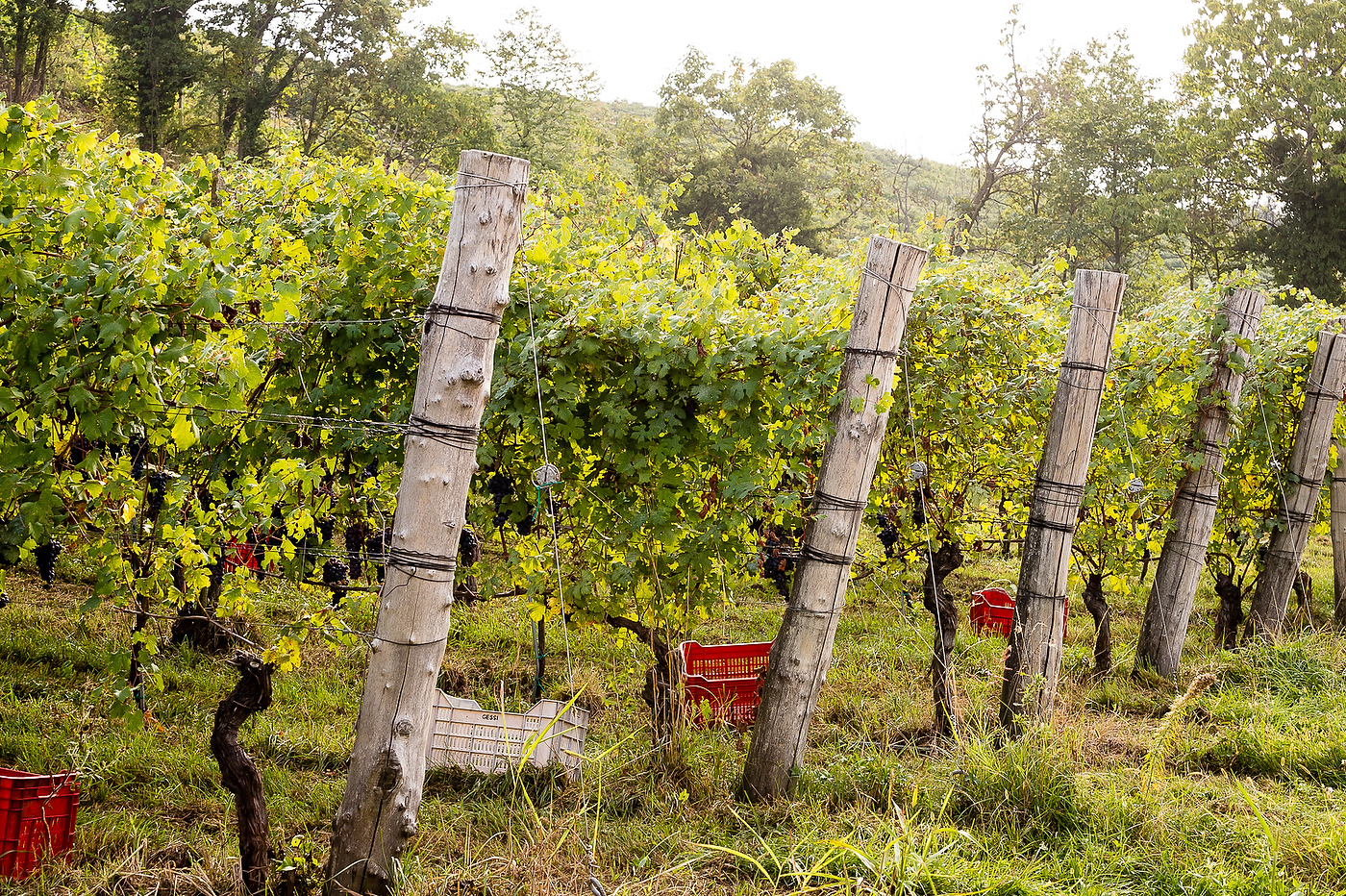 La Vigna del Guido (Vineyard of Guido), a great-uncle of the current owners who recently passed away: a century-old vineyard, on the first hill overlooking Ghemme, the only one left in a village where the historical viticulture of majorina on the hills between Boca and Maggiora is still practiced.

Perfected by Antonelli in the early 1900s, the majorina cultivation represents the implementation of spires and verticalisation into the country life of the passion of the great Piedmontese architect. Like small Antonellian vegetal piers, majorina included three or four vines planted very close to the middle of a square and supported in growth towards the cardinal points by eight chestnut poles driven into the ground. A system already widespread among peasants, but perfected by Antonelli in plant engineering in order to favour its resistance especially when, near the harvest, the weight of the bunches became so significant as to threaten the stability of the entire structure. With time, however, the exclusively manual processes required by the majorina system decreed their progressive disappearance.

Despite its venerable age, the Vigna del Guido is still going at full production rate - with yields even above 60 hundredweight per hectare depending on the year - thanks to the very structure of the plant that growing like a kind of tree with long spurred stems it stimulates the development of many buds on one side, but also the thickening of the wood allowing the very free plant to reach a perfect balance between the emerged part, the roots and the earth. 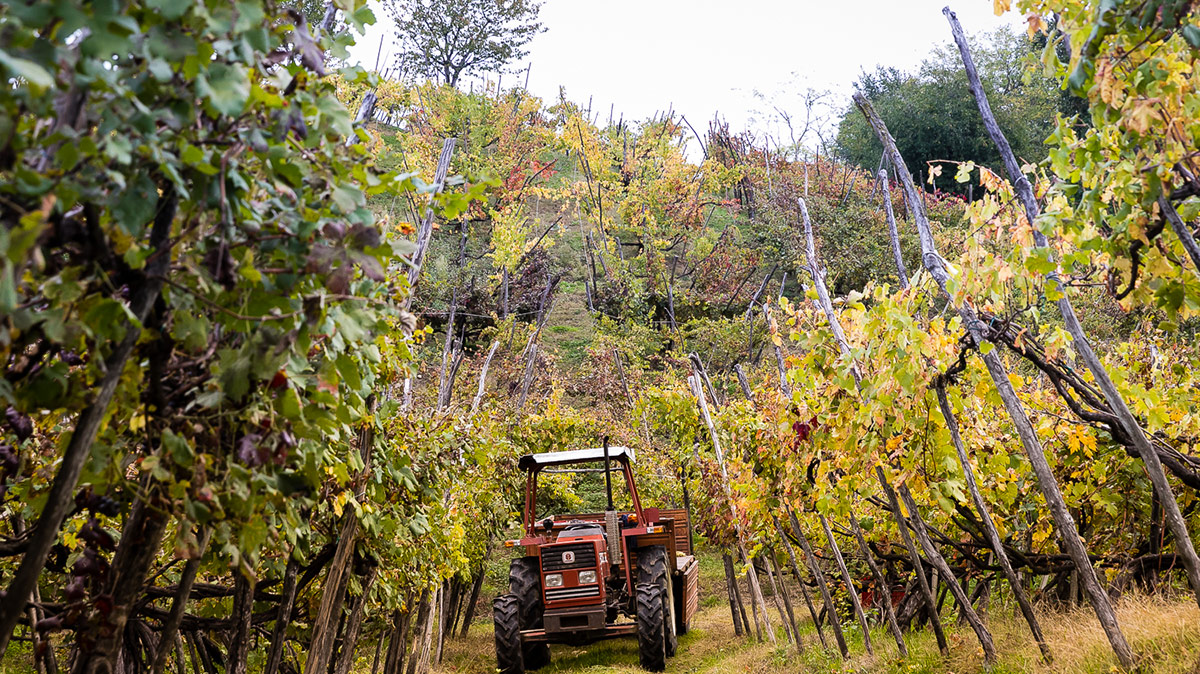 Ronco Maso is a fluvial-glacial pebbly terrace rich in iron oxide. It was originally formed by the slow flow of the Monte Rosa glacier and then by the River Sesia, which initially flowed right below the Ronco Maso area. Only later, over the centuries, did it shift its bed westwards.

The presence of high levels of minerals, mainly ferrous iron, and the small amount of organic matter in the soil are ideal for vines, whose roots are naturally forced to push downwards to the deepest layers in search of nutrients and minerals, thus giving wines their complexity, minerality and unique special features.

South-west exposure allows plants to benefit from the sun throughout the entire day, whereas steeply sloping rows reduce the scorching of grape bunches during the hottest hours. The Guyot training system is used. Spontaneous grassing has been used for about 30 years, which, not only establishes a biodiversity-rich habitat in the vineyard but also helps to prevent soil leaching and allows mechanical machinery to be used safely.

The Baragiola area extends over the plateau formed by the Ronco Maso, situated to the south-east of the village of Ghemme.

In the Baragiola area, the Platinetti winery has 4 separate vineyards covering a total area of 1.5 hectares. Even though they have the same fluvial-glacial origin as the Ronco area, the soils of the Baragiola area are not pebbly, except for the deep layers, and generally contain more organic matter and clay.

This gives the wines produced from these soils a more powerful and earthy extract. Soil management involves spontaneous grassing, alternated every 2 years with mechanical digging to encourage vines to use their roots to search for deeper layers, where the soil is richer in natural trace elements and minerals. One vineyard, situated in the Baragiola area and extending for 0.6 hectares, is planted with Barbera.

The vineyard, planted in April 1999, is called Pieleo, after Andrea and Stefano son's, Pietro and Leonardo, born in the same year.